Hello darlings! How are you doing? I'm feeling a bit under the weather, which is ridiculous since the weather is finally true spring sunshine and warmness! Today I have for you the first Nfu Oh I've tried out, so this is about a week old. Still beautiful, though! ;) I wanted to place 52 on a duochrome, to maximize the awesomness of both polishes. Personally, I still think this baby will look best over a dark or royal blue. 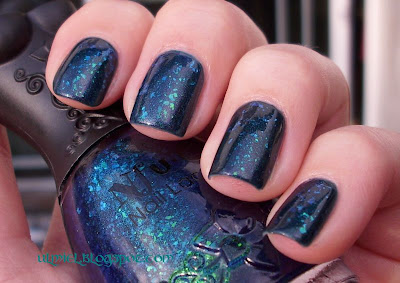 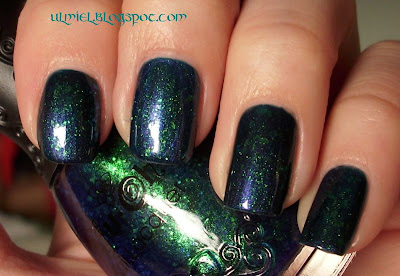 Perhaps you should enlarge this one, since here the duochrome is the most visible. 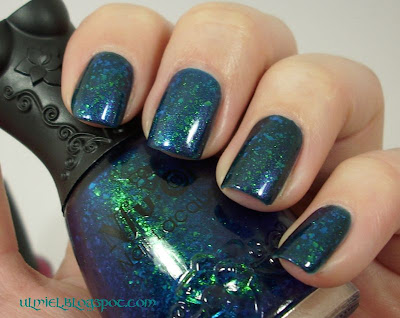 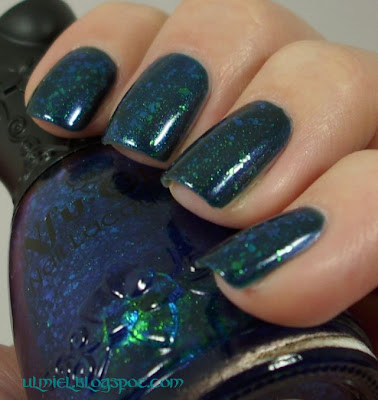 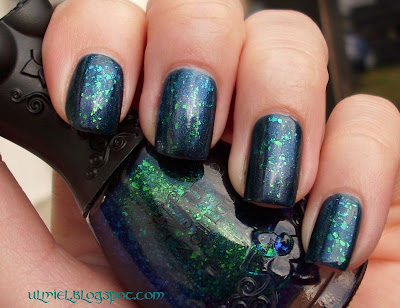 Although the duochrome of Glacier Bay Blues isn't really visible on the pictures, it was visible on the nails, under the Nfu Oh. I don't know why, but I don't think this looks good on the pictures. I don't like the pictures much, although the mani rocked on the nails. And I'll definitively try it next time on a royal blue.
This one was a bit of a coats-heavy mani. I always put Nfu Oh Base coat as fundation now, so I'll stop mentioning it. Then I had on 4 coats of Glacier Bay Blues (from the comparison) and one coat of Nfu Oh 52, followed with Nfu Oh Ultra Shine top coat. So yeah, removal was fun, as you can imagine. Nevertheless, I liked it. Next time I'll put two coats of 52, but on 4 of GBB I just didn't have the will to put one more anymore. :)
Another thing, I'd like to mention. Although I don't like to mention such things, because then I should write one like this every day, since every day people die and they are all special to someone, but this one was a bit of a shock, despite her sickness. Elizabeth Taylor was for me one of the most beautiful women that ever existed. May she rest in peace and have fun wherever we go after we leave this world. 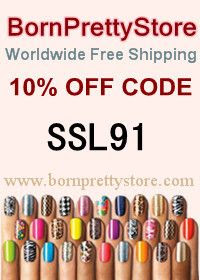